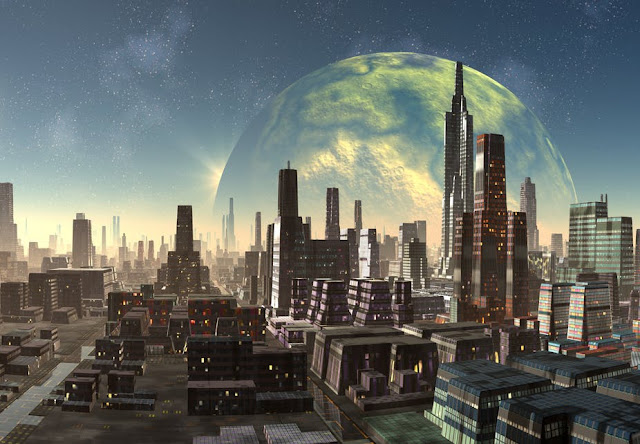 Does planning ever-expansive cities only involves managing its physical outfit and rest of the stuff is only to be seen as isolated structures or should they be planned in a comprehensively comprehensive manner not just for the namesake but in really real terms? To be a planner of human settlements is not an easy thing because there is no scope of leaving any subject in isolation if we really are eyeing upon a future that sustains and help us progress collectively at all levels - may it be physical comforts, aesthetics of the eyes, sociological presentation and their lifestyle, a human’s natural needs in terms of requirement of the ecological system around and also in terms of its spiritual needs which are nearly completely forgotten in this so-called developed world of ours which in reality has merely become a case of developing duplicate copies of each other just to put it in some words in the lack of any other metaphor. And to understand the entire spectrum of human existence and its settlements requires dedication, devotion, passion for the upliftment of the human race which unfortunately is completely out of discussion especially in the times of ever-increasing specialisation and specialised experts who are not even given a wholistic view to say the least.

The human race is doing many things to upkeep its own derived pace of development and in this ever increasing acceleration, nations are often seen managing stuff only on the surface, not necessarily due to filthy intentions but majorly due to lack of knowledge which eventually produces ignorance and lack of care. Every nation is talking about urbanisation, is talking about cities, but very rarely some of them understands the depth of these term/s or rather phenomenons.

The structure of the cities is largely managed and visualised by the political outfit at first because it lays down the overall vision plan for the concerned nation and by the planning fraternity thereafter. Then comes the role of citizens. And nearly everyone would be acquainted with this nearly a factual data that politics is largely done to win elections and not to create or develop cities with a far-sighted empathetic vision. Above all of them comes various multi-national organisations who can be commonly found flooding the discussion table with their low-grade researches rather than providing a firm-rooted vision plan for the human collective.

Cities all across are commonly found creating issues at first and then in their trial to sort them out, they are often found multiplying the issues rather than dealing with them in a thoughtful and wholistic manner. There is confusion and chaos all around not just in the developing world but nearly all across and we’re often handed over with heavy concepts like sustainability without it even being understood in its entirety by its own most determined professors. The tendency to escape from deeply lying issues is seemingly becoming prominent as the time is passing by and in this all big games of development, the small lives of the citizens has been nearly destroyed.

Does a human being gets its birth to live afar from the natural system when it itself is nothing but a derivative of the natural system? Does a human being gets its birth just to eat, live and die? Does a human being’s highest goal is to maximise its physical comforts and not the comforts related with its other aspects of existence? The ideology from which the cities of present times are being visualised and developed has unfortunately become a case of following some cities as an example which may be lying completely in opposite conditions may it be geological, geographical, sociological, ecological, etc,. We as a collective global society cannot afford to stretch this predatory approach and we should become really serious about our cities, about our settlements, about our environment, about our animal and plant family, about our own wholistic progress at all the levels or else the history does not leave anyone behind and it will definitely reveal our shallow developmental approach someday and we would then become a case of mockery in the eyes of the generations yet to follow.

Our entire pride of our advancements and developments will then be of not much use if looked in from a very long term perspective as we are not discussing to build a house for twenty-thirty years rather we are discussing about building cities, creating cities that usually lasts multiple generations if not centuries and a lot is needed to be put to place before we get to our collective pathway of wholistic progress and I’m pretty hopeful that we as the most advanced specie of this natural system will rise up once again as it has done several times in our glorious collective past.