The Required Shift in the Ongoing Civilisational Focus 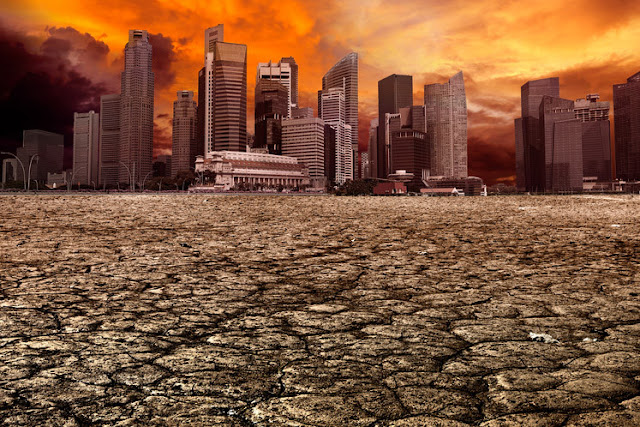 The race of humanity have made exponential advancements in the fields of science and technology - in the fields of space, biotechnology, communications, mobility, etc, but its unfortunate to see that we have interchanged the spot of comprehensive human development with human economic development with some patchworks related with environmental and societal aspects done seemingly out of compulsions or showing off rather than with the right frame of intent. A civilisation no matter how much technically it had/may become but if its not human centred than there is not much of the success achieved when compared to the worthy standards of human beings and the natural system of which we are part of.

Issues like global warming, climate change and sustainable development are rarely seen being discussed through a concentrated and wide lens and are generally seen scratching just the surface - may be simply out of ignorance resulting into absence of inter-dependent knowledge or may be due to the absence of real concerned intent. These aren't just issues which could be dealt in from a narrow window of advancements being made by the human beings but rather are needed to be dealt in after understanding how the globally driven standards influences the lifestyle of the human society which eventually results into situations like the one we are currently in as a collective race. Architecture and urban planning are the most powerful weapons in the human weaponry to deal any of the existing issue related with human and its comprehensive development but they are rarely being used with some exceptions in the manner it should be done after realising the power which is beheld by the two subjects.

Various world organisations it seems are more keen on formulating various pacts and indexes rather than focusing on integrating the related sciences under a single umbrella. Communities across the globe are keenly discussing about the applications of ICT which prima facie looks very promising but if one attempts to give proper attention than a question would arise on its own - weather it'll take us towards comprehensive development of human individuals and our society, the answer which will reveal itself will certainly be quite doubtful. ICT may enable quite many things and bring in efficiency on some scale but will it cater to issues like social anxiety while cutting the society off from its very first friend - the nature. The questions will then intensify if one wishes to go further. Is environmental planning for instance just a case to be looked into as an after effect activity as can be seen being followed in present times or rather it should be given its due importance for sorting the overall underlying issues of humanity few of such as mentioned above?

Architectural and urban planning pedagogy is seem to have got lost somewhere in the forests of global trends which isn't a good sign at all if our race is really eyeing upon extending our sustenance. World institutions are needed to focus more on increasing the focus on academic development based on local conditions rather than on creating a carbon economy in general which has its own place in the entire system but these shallow concepts cannot act as the guiding lamps for the sustainable development of humanity. The time is to equip our generation with a deeper understanding of the subject of human development which will then guide humanity towards the real path of sustainable development. Short term goals are necessary to orient, sensitise and to mild down situations temporarily but they will not sort out the larger issues on the long term scale and it would be good to act upon it comprehensively now rather then coming up with some other short-term stint at a later period in our collective evolution.

We're at a very important juncture of our civilisation and we should first deeply understand our present collective situation and then react to it as early as possible or before it will be too late. The ongoing civilisational focus should be integrated, inclusive and comprehensively productive and for it much of the work is still needed to be done by us collectively.

Image from nypost
Posted by Jepranshu Aganivanshi at 01:43 No comments: Links to this post