Coastal Cities - Our Glorious Past at Risk in its Future 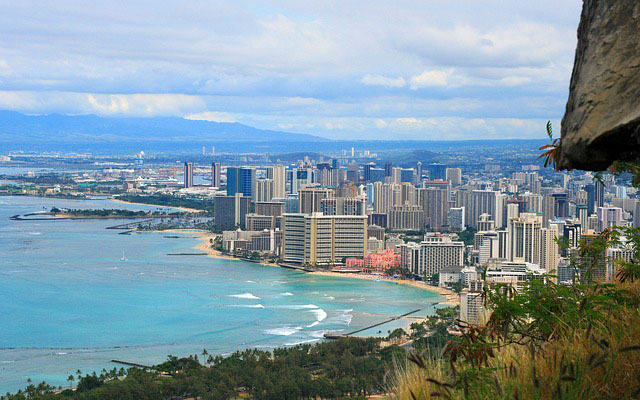 Human Settlements of early and medieval times got shaped around water, may it be in the form of a river or of an ocean. The former saw development of big settlements along with the development of rich culture and the latter acted as a facilitator to transport culturally produced items to other parts of the world by means of Oceans and Seas in the absence of Airways or any connecting mode of transportation. A boat is said to be in existence much earlier than 3000 BC when the Egyptians knew how to assemble wooden planks into a hull. There are numerous such examples which got developed as a means of connection between two culturally different regions/nations. For instance - three out of four India’s earliest metropolitan cities are on the Indian coastline and reasons behind it are quite obvious - the then East Indian Company governing on some parts of Indian boundaries like any other company was doing its business and their business was closely linked to those of the importers and exporters. Coastal Cities got their existence majorly to boost the trading activities and nearly every coastal city has the same story - a story of cultural exchanges in various forms. And henceforth these acted as a source of connection between different regions of human settlements which were otherwise not accessible by any other available means of transportation.

They have a rich glorious past & they used to help in shaping the identity of the citizens of a country in the minds of the citizens of another. Time has never been stagnant and will never be. It changes for everyone but it seemingly looks to be changing more for the coastal cities and their citizens in the coming decades of the ongoing century. The rise in the sea levels is known to many now and many knows about the effects of climate change & global warming but the direct effect it has on over 100 million human beings is generally less talked about.

As per the third assessment report of IPCC, a global sea level rise ranging from 1.0 to 2.0 mm annually is being experienced by the oceans and seas depending on the nature of the region. Economically, as per a prediction made in a study conducted by World Bank and OECD suggests that the global flood losses will rise upto $52 billion annually by 2050 which was around $6 billion in 2013 and the figure only considers socio economic factors such as increasing population and ever increasing land value. This is comparatively an old news now but still no national government has took steps in this matter that will sustain in the longer duration of human developmental story and measures which are being taken are just eyeing on current conditions as if cities are just a case of a couple of year developmental process. Senior Economist at the World Bank Stephane Hallegate describes the situation as ‘coastal defences reduces the risk of floods today, but they also attract population and assets in protected areas and thus put them at risk in case of the defence fails, or if an event overwhelms it’.

The cities which are most vulnerable to are Guangzhou with an average annual loss of around 1.32 % of its total GDP, New Orleans losing around 1.21 % & Guayaquil 0.95 %. Mumbai has an average annual loss of around 0.47 %, for Kochi its around 0.29 % while for Surat it is 0.25%. If overall damage cost is taken into consideration then Guangzhou still tops the list while Miami comes at the second spot. Its just not about economics though - around 2.8 million people are nearly crammed into low-lying slums that flood regularly in Mumbai. Around 40 % of the population of the United States of America lives in the coastal counties which are affected by it in some way or the another. Natural Disasters are unpredictable but not that much that the government is there just to act once the calamity does its work.

Human Developmental Planning has seemingly transformed into mere an urban planning exercise and that too ironically more towards planning physical facets of human development and settlement and the results are very well evident of themselves - planning without considering cities as a part of natural system will eventually lead to an increase of such urban flooding situations in the times to come & rise in the sea levels will only add to it. Human Settlement Planning isn’t an exercise which can be done as per the plans of a term-based government whose vision is generally and logically based upon short-term gains and success. Planning isn’t just providing better amenities & physical comfort - its rather a tool that  shapes the lives of human beings not only of the living generation but also of those who are yet to touch this turf & it can only arrive when one understands the amount of collective hard work that goes into shaping a human settlement and that too many generations back to back building it brick by brick.

When planning for coastal cities, planners should keep in mind that there once was a coastal city of Muziris on the west coast of India which was in existence at least from 1st century BC till the devastating floods in River Periyar in the 14th century AD which for centuries acted as the doorway to India for its varied culture & natural gifts. Every city is at the mercy of nature for that matter but the role of human development planners is to maximise the glory in its entirety in the best possible manner and not just enhance its glory in terms of the number of high rise buildings a city has or by doing things like building the tallest buildings in different categories out of lack of understanding of concepts and ideas of real collective well-being.

Human Settlements are a testament of human generations and their collective creative & imaginative skills & therefore those shall be given their right worth and place in the overall human developmental process. There is a lot of economic & emotional cost that goes into building a human settlement and for situations like these the race of humanity shall learn to act as early as possible else all the intelligence which the human race has collectively discovered from time immemorial will be of no or very little use in the future to come.