The Canvas of Human Development 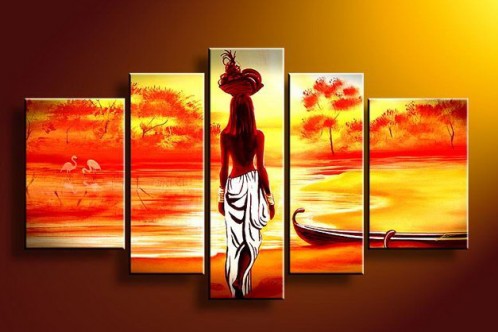 What has been one of the most dominating object of the ongoing phase for the human race  and its developmental story i.e. smart cities, can be seen to as digitisation of the human urban settlements in an era dominated by the virtual globalisation of the human race from a window at a glance or to as a younger family member from the family of industrial revolution which once changed the structure and nature of the human settlements. The intention behind the vision is quite positive but its overall emphasis on improving the level of physical infrastructure creates a situation of ambiguity if going through the literal meaning of the term being discussed in this article. In a country like India with numerous social issues and problems like creation of the cities of differences and social exclusion to name a couple - the entire scenario being promoted can be looked as a means to achieve short term objectives in a phase where long term visions are needed to be formulated especially when a long urban history is yet to be written by the nation. For instance, India with the world’s largest demographic dividend is set to get converted in one of the countries with the largest population of the aged human beings in the coming decades and very little is even discussed on platforms which are intended to involve in the creation of the smart human urban settlements - the chances of the long term success of the smart cities seems little in such a scenario. India still is somewhere in the midway of writing its urban history with around 33 percent of the population living in urban spaces which is often quoted by various institutions to rise upto 70 percent somewhere in the later parts of the ongoing century.

For human urban settlements, they are needed to be planned based on long term perspectives as any development made today will have its far reaching consequences in the decades to come. However, with the ever rising complexity of them in a world dominated by growing industrial activities in a highly globalised world with virtual technology playing a vital role in increasing the number of relationships that run within the system of human settlements - planning of the entire scenario looks a lot difficult especially when sectoral successes has been found to act as the mainstay to achieve the real intentions behind making the cities smart. Economics has always dominated the mode of human development since its birth, but its emphasis really got strengthened after the two world wars and the developments made in the 20th century when the world was facing the crisis of survival, but never before with this much intensity, cities were looked more of as a business opportunities as being looked in the current phase of human development. There may be different perspectives for it - but the reality behind the creation of the smart cities lies in the sustenance of the system in such a manner that it reaches to the masses sorting out the issues and problems of the human society at large - for it the usage of the technology should be welcomed, but its long term consequences should be well checked based on the inter-dependent nature of the system that the race of humanity is part of.

The world leaders are often seen talking about the future of the human race and about the planet as a whole at large, but they seem to be really missing the connecting links between the humanly created boundaries and hence the focus thus identified is often seen to be changing for every decade of development. The theory of economics is often seen to be playing the major role in such a situation where countries are engaged in the war of economic development failing to guide and co-operate with each other in such a crucial phase. After studying the history of the human beings and its development - they are needed to understand that civilisations do have a life span in which human interference plays a key role in deciding the ages of them and it can be planned inclusively and intelligently to extend and enhance the glories of the ongoing human civilisation. The entire story of human development can be further glorified if the vision formulated gets a larger canvas than being used in the contemporary mode of developmental studies based on the inter-dependence nature of the entire system of human settlements so as to make it far more futuristic and hence more efficient and sustainable.