Why an all-round success of the SmartCities in India is doubtful? 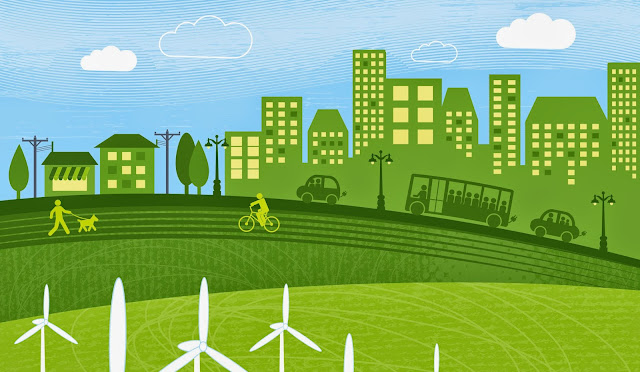 There’s always a difference between a dream and a vision. A dream may be a happening of sub-conscious mind while a vision is based on one’s wisdom in his conscious existence. A dream is based on an individual’s thought process while the vision is based on our collective thought processes put together. To dream of building SmartCities was undoubtedly good but urbanization is one of the toughest thing in this world to be dealt in such easily and that too in this fast paced mode of developments and advancements being experienced by our ongoing civilization. For a smart mode of development, indigenous planning is the first requisite. Cities are being treated more as a market commodity nowadays like ‘We provide the best service and product' with assurances and terms & conditions tag in the small right hand corner generally in small fonts so as to give it the least attention. The government should make consultations but it should also remember that there can’t be any prototype designs for building a real smart city.


The second thing is the smart utilization of the natural system. There are doubts when environmental planning is done separately ignoring the fact that the natural system is itself the smartest thing in this universe and its utilization in an integrated manner would have been given a higher priority in the planning process if aspirations are for building real smart and sustainable cities. The government has called for a competition and it is quite possible for it to come up with yet another policy and test based on quantitative indexing. Smart cities literally means smart in every sense and not just IT-enabling of a city to make it more interactive. If the government is eying at it, then the term DigitalCities would have been more apt and less confusing for the concerned fraternity.


The third is the human society itself. The real utilization of the smart technology in places where it will be placed in Indian cities is another thing that creates doubt about the success of the smartcities in such a nation where a major share of its population can be normally seen living in the slums and degraded urban parts generally out of lack of awareness and education. The usage of the entire technology base which is being conceptualized to be incorporated into the urban system of the so-called SmartCities is itself quite doubtful with a population still trying to come up in its education sector. If the government really have aspirations for planning and building Smart future for the nation, it should first look into things like raising its percentage share of GDP used for education and learning and then come up with its indigenous planning approach and then the utilization of smart technology would have been more appropriate and suitable. But the government has its vision and what all its inhabitants can do is increase their participation in the whole planning process.


The government is often seen pressing the advantage that the country has for having the world’s largest demographic dividend, but its proper utilization as per their capabilities and potential isn’t being looked into through wider perspective and the exercise has looked more concentrated to provide them employment in order to boost the economic development. Government has to understand that economic development is only a means to an end & over-emphasizing it has produced some non-adaptable or failed examples across the World. Smartcities (as per the contemporary approaches generally found being followed) may come up with some sectoral successes but in an inter-dependent system of human settlement, following sectoral approaches  can never create balanced, smart & sustainable future and the concerned fraternity should realize the phenomenon of the domino effect which is one of the best way of understanding the complexity while planning up for the smartcities. India has a golden chance to write its urban history better than many other nations of the world but the key is to not repeat the mistakes which are already committed by our fellow human societies and are found inappropriate/unsuitable/unworthy for the efficient functioning of an urban system.