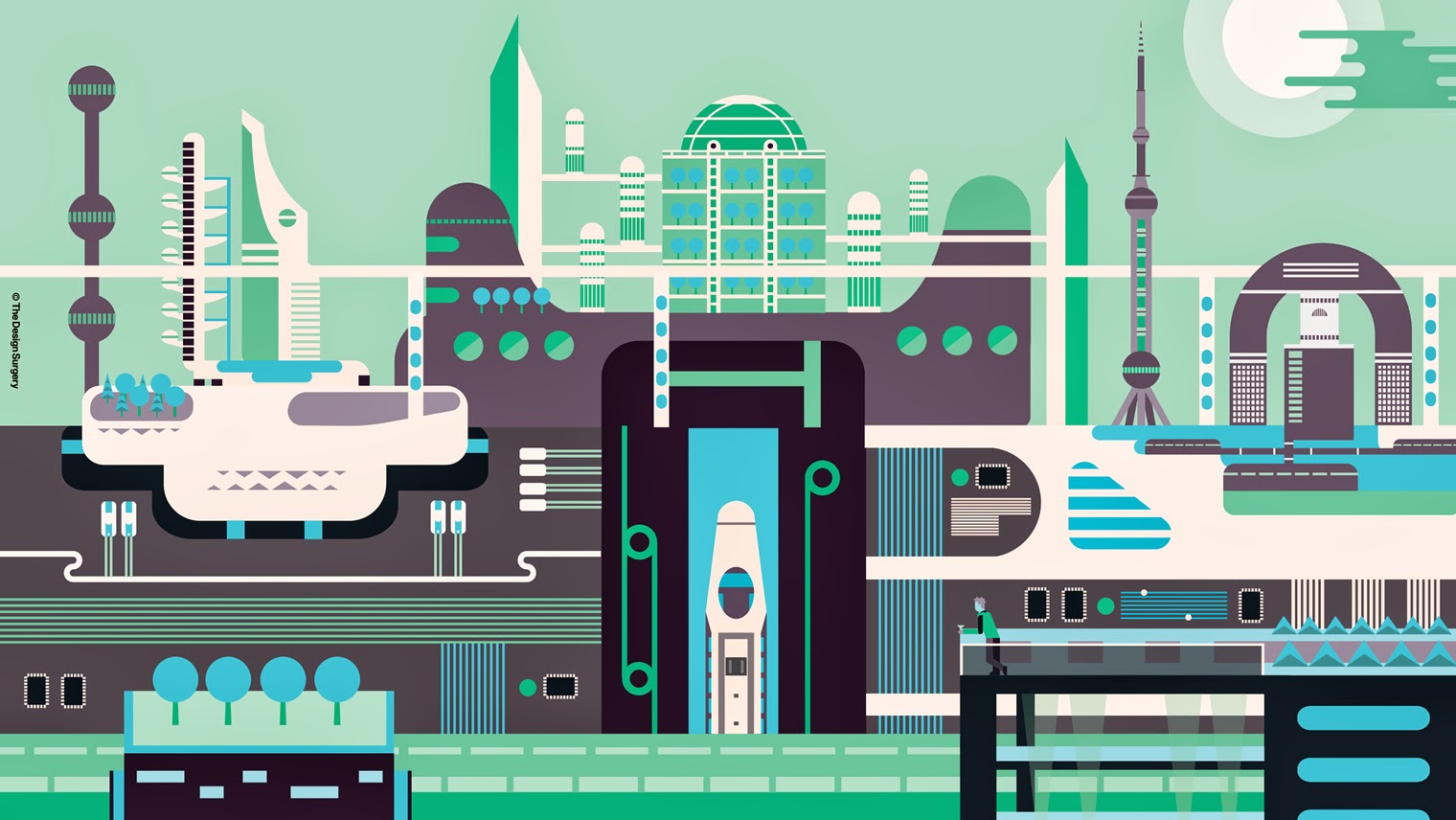 The urbanization policies and reforms carried away in the Republic of India have by far seemed to have not attained their defined goals. The reasons may be many – adoption of the foreign models into the Indian context without studying the prevailing Indian conditions, lack of co-operative planning between different sectors/authorities, lack of public awareness to avail the government run programs and initiatives, rapid growth of population, to name some, but it would have been the prime duty of those involved to look into all those factors that defines the planning, growth and development of the urban settlements. One of the major issues concerning with the urban design features of the developing nations has been the lack of planning according to their own context and prevailing conditions. With the change in the central government and announcement of 100 new smart cities by the Urban Ministry, India seem to have created a chance for itself to release the ever increasing pressure on the existing cities – but the planning regulations to be followed and its implementation process is quite doubtful.

The country is on a rapid phase of urbanization with around 35 percent of the total population expected to live by 2020 which will substantially increase to around 50 percent by 2050 and 70 percent by 2070. The figure suggests the scope of urban development and also the extent of fresh urban spaces to be planned and developed in the coming decades. Therefore, it will be quite significant not to repeat the mistakes committed in previous attempts.

Some of the bigger cities like New Delhi, Mumbai, Kolkata seem to have crossed their carrying capacity limit with the situation seem to get worsen in the coming decades. There’s no point in developing the new cities with these cities as their prime model of development as these cities have by far not able to provide the quality of life an urban space is expected to provide to their citizens. The Ministry quoted three words – ‘Education, Employment and Entertainment’ as the three sectors on which emphasis would be given. Its however quite suspicious that by emphasizing on these three will create the sustainable urban settlements.

The diversity of the country can be said unanimous and hence with the changes in the diverse conditions and culture – changes the habits of the communities, environmental conditions and all other things which are equally important in planning the road towards sustainable development. The chances of a prototype city planning seem to get vanished here.

India should quickly look into the significance of local area planning and development – planning for a city in Meghalaya can’t be done by the people in Chennai. It’s more of a local approach which helps in an efficient planning process. Also, transportation planning needs a revitalisation plan – building flyovers, widening of the roads, enhancing various MRTS schemes are some short-term development which seem necessary at times, but their long term viability is suspicious. Transportation defines any urban structure and hence it can’t be done in isolation – the interdisciplinary nature needs to be understood through a wider window. Also, transportation of goods to these new cities should be sorted out – allowing a agriculture buffer zone in the city’s close proximity may be one such solution which will cater to different urban issues that has arisen in recent times. Special emphasis on planning the cities pedestrian and cycling friendly should be given to reduce the extent of the carbon footprints and also to provide a healthy lifestyle to its citizens. There's no point planning the cities and that too new developments to promote consumption of private vehicles by providing wide expressways and ignoring other aspects of mobility. The difference between mobility and accessibility should be also looked in through a wider aspect. The formation of the Urban-Rural Continuum discussed in earlier posts may prove quite significant and will cater some real long-term development. The concept of density planning should also be studied and brought into implementation for these new city developments. 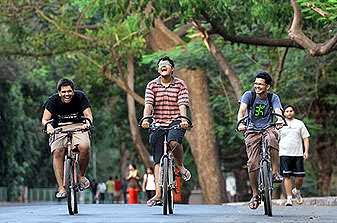 The step of the creation of the 100 new cities seems to be a nice opportunity for the country to guide their whole developmental process and boost up their economic strength. The Indian government and the authorities have to be visionary and far-sighted with any urban development and should emphasize on long-term development. Planning process will need to be carried in co-ordination among different ministries, authorities, departments and communities. The participatory approach may prove quite beneficial and the sites which will be selected for the new cities needs to be strategically selected and a roadmap for their collective development should be prepared at first. There’s no point of selecting the sites according to the different region and state demands and then linking them with a roadmap. The cities should also look within the carrying capacity of the environment and try to present a model to other nations by planning it across disciplines, in co-ordination among different authorities and as per the quality of life that a human deserves.

Images from raconteur and hindustantimes
Posted by Jepranshu Aganivanshi at 22:04 No comments: Links to this post 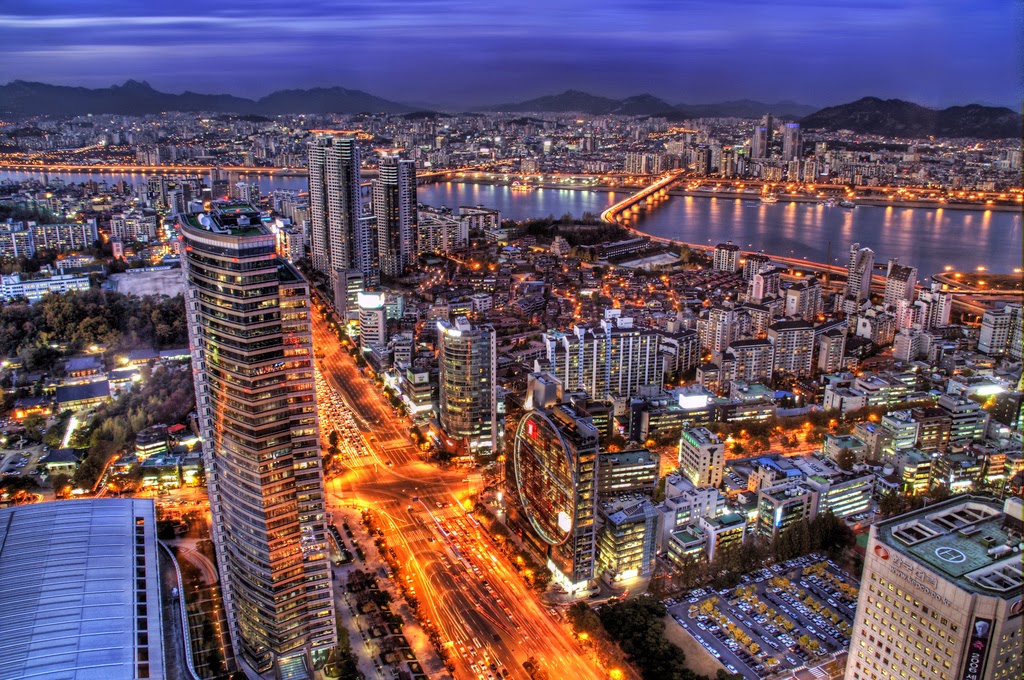 Seoul has served as the central city for the country since its selection as a capital by the Chosun Dynasty in 1394. The first human settlement though is suggested to date back in the Neolithic period and the city was also regarded as one of the important nodes during ‘The Three Kingdom Period’, but the city saw major transformational changes in the late 19th century. The built up area extended beyond the city walls during the Japanese occupation period, but by the time the urbanization process wasn’t started in modern sense when compared with that of present times.

With the economic development of 1960’s, city faced expansion, in all the directions, in all the spheres, may it be population, area, usage of technology, infrastructural  developments – both horizontally and vertically and also its economic strength. Just prior to the first five-year economic development plan Seoul was around half the size of the present city area with approximately 23.7% of the current population. The present population of Seoul Special City (official name of Seoul) is around 10.44 million with the sum of the population living in the Seoul and its urban agglomerations (Seoul Capital Area) being around 25.6 million making it second largest urban area of the world. The population is expected to raise up to 31 million by 2030.

The country's GDP was less than that of Mozambique in 1965 and the overall developmental story can be said to be an economic success which in current times has exceeded countries like Spain and New Zealand.

Congestion rate and high-density with sprawling development are significant contributors to Seoul’s environmental problems. As the demand for land increased, green areas around cities were decreased by 1480 sq. km. in the 90’s and the first decade of the 21st century providing way for business buildings and apartment complexes. Green areas used for infrastructural developments were agricultural lands and mountainous lands. The greenbelt area has been reduced to around 12.07 % of the total area of Seoul Capital Region by 2010 which may impact the health and well-being of the urban dwellers in the years to come. The decrease in the green area will affect the hydrological links decreasing the water quality and ground water level. Moreover, the biodiversity is also directly affected which will have its impact on the overall efficiency of the urban ecosystem. Government has been trying ways to guide the development towards the sustainable path. One thing should be wisely understood that technology and advancements though has provided solutions to several issues, but if they have been implemented without understanding their wider impacts and effects, they have failed with time and have generally proved to be the short-term measures. The long-term success of the urban settlements lies in maintaining the efficiency of its ecosystem.

The demolition of 15 expressways built in 60’s and 70’s by 2002 just after a period of around 30-40 years is a result of lack of the long-term vision which the developing world should learn and try and innovate rather than building expressways and flyovers. A city’s planning can’t be done for such small time spans and planners and persons involved in city’s development process should look within disciplines in order to maintain the city’s efficiency in terms of its natural areas, social relations, economic activities, human living values, which together forms a system which are inter-related and inter-dependent on each other for their individual success.

The announcement of the shifting of the capital to Gongju - around 120 km south of Seoul in 2004 was one such step with a vision to release the pressure from the already overcrowded city of Seoul. The project is expected to complete by 2030 – though there has been several controversies by the political parties and the civic groups ever since its announcement. The cost involved in the infrastructural development of Seoul Capital Area could be utilized by keeping the urban area as the centre for the commercial activities of the country while making the administrative and knowledge centre shifted to the proposed new capital area of Gongju. This may also prove helpful in maintaining the efficiency of the new capital site of Gongju in the decades to come after its initiation.

Seoul Capital Region serves as the mainstay for the South Korean economy serving around half of the country’s entire population and hence the significance of planning as a tool to raise the quality of the living environment not just by means of building infrastructure but also other aspects such as quality of life of the inhabitants, not just by providing them with an easy mobility and access but by factors such as availability of the green spaces, building of a healthy society and also calculating the risks of various natural disasters which are quite essential for an efficient human developmental process. The last factor related with the risk factor is important because the country’s economic base lies in the Seoul Capital Region and any natural failure may have devastating effects on the entire nation’s growth process as the major economic activities are based concentrated in just one urban region.