The Ragpickers and Urban Economy 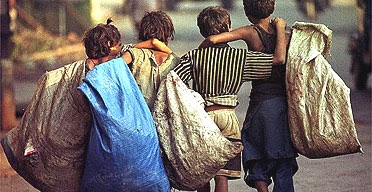 The Growing urbanisation, migration from rural areas and disintegration of the traditional family and community structure have ushered changes in the socio-economic scenario which have given rise to a new vulnerable group especially children in the cities. They live and are growing up on the margins of society, in a state of neglect and deprivation, often without education and care. They live and work for survival.

Although they form a significant part of the urban economy, they aren’t considered its part especially in the developing nations. The work done by them is quiet significant as a part of waste management system. With the rapid pace of urbanization being directly proportional to the amount of urban waste generation, the systematic planning which covers them as an integral part would be an immense tool towards the sustainable development of the future. According to a Non- Government Organization of India – Chintan , ragpickers “are unrecognized and have almost no rights to work, despite the fact that they save almost 14% of the municipal budget annually. In Delhi, the army of almost 80,000 estimated wastepickers save the city at least Rs. 6 lakh daily through their work.”

The rising urban economies can’t foresee these critically important issues both in terms of economic development and also in attaining social equity. The state administrators, planners and others involved in this phase of development should have to act accordingly and have to be a visionary in this fast pace of human development. In some cities, their work has been partly recognised and their situation thus improved. In Pune, Maharashtra for example, the municipal corporation now issues identity  cards to ragpickers and offers a limited health insurance plan, recognising their contribution to recycling waste in the city. 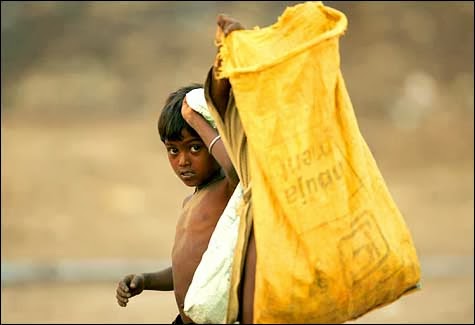 Rag pickers are among the most downtrodden and vulnerable workers in the informal economy.  Their work is seen as demeaning and of the lowest grade, and they are not generally accepted by the society. Thus in order to ensure that they have the right to a dignified and decent work, steps both at the planning level and at the community level are needed to be taken. While performing urban planning exercise, their significance of being the recyclers in the waste management system should be understood. Their significance in the urban economy should also be looked through a wider window. These issues look pretty small generally perceived by a human or urbanite, but holds in an important part of urban settlements as a system and its efficiency. The significance lies greater for the developing nations where a larger share of urbanization is yet to happen and hence a lot can be planned and directed towards sustainable development accordingly.