Dharavi : A City Within A SuperCity 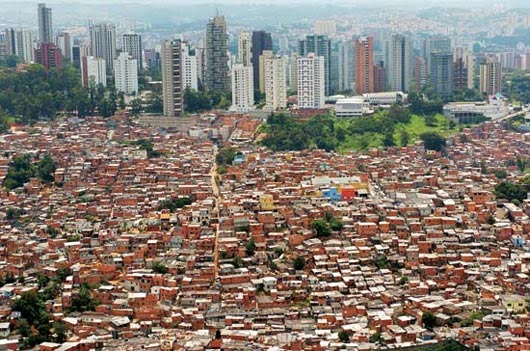 Mumbai, originally a group of seven marshy islands on the west coast of India and a fishing village until the 16th century, was ceded by the Mughals to the Portuguese in the 1630's. The city gained its momentum of development with the establishment of rail connectivity with the cotton producing areas in the latter half of the 19th century. By 1864, the city’s population was around 820,000. With the growing manufacturing units of the cotton textile industries, Mumbai became the second largest commercial center in India after Calcutta. After 1947, the growth of the port, the emergence of financial services, the development of national and international trade and setting up of various educational institutions has only empowered its growth and share in the Global economy.

While the commercial capital of India was writing history with its infrastructural and land developments, a small island known for its mangrove swamp areas – Koliwada (by the name of Koli fishermen residing the area earlier) – turned into one of the largest and densest slum of Asia - Dharavi. First the houses had stilts, and then the land was reclaimed little by little, and then built up brick by brick. In other words, it is a testament to the survival instincts of the poor – and the success of incremental development.

It has an area of around 550 acres – less than a sq. Mile, A 1986 survey by the National Slum Dwellers Federation (NSDF) counted 530,225 people (106,045 households) living in 80,518 structures. These numbers have almost certainly increased as Mumbai currently takes in an estimated 230 newcomers a day. Dharavi, as one of the biggest affordable residential and economic centers, is likely to have absorbed a sizable proportion of that incoming migration. In a city where house rents are among the highest in the world, Dharavi provides a cheap and affordable option to those who move to Mumbai to earn their living.

Dharavi has an active informal economy in which numerous household enterprises employ many of the slum residents. It exports goods around the world. Leather, textiles and pottery products are among the goods made inside Dharavi by the slum residents. The total annual turnover has been estimated at over US$500 million. 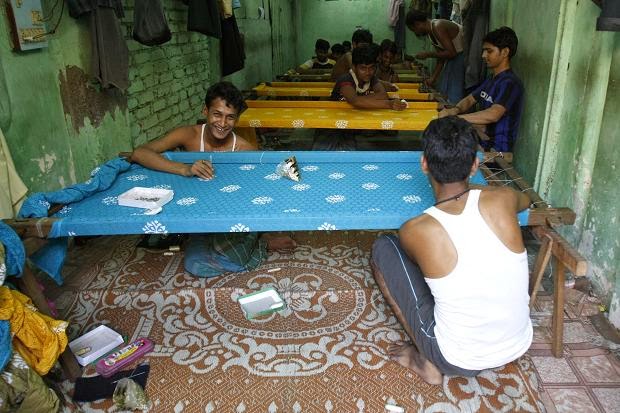 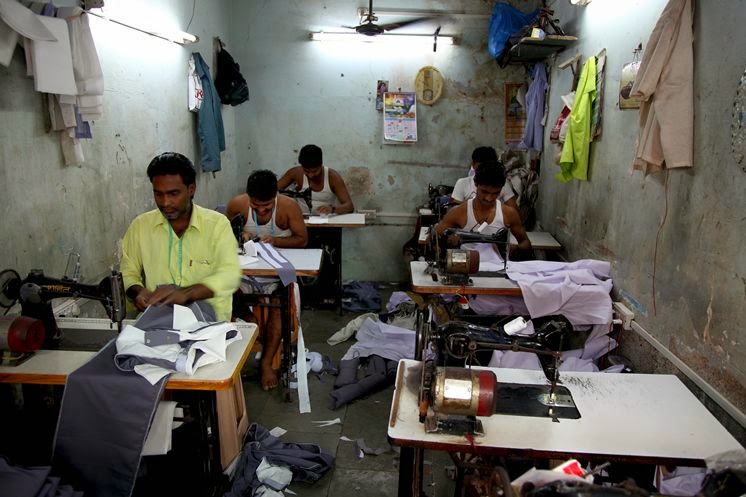 There have been a number of redevelopment policies initiated for the improvement in the living conditions of the people which all failed to get implemented due to the various differences among the inhabitants of Dharavi and the political will. In 2004, the Maharashtra state government accepted a $3-billion proposal submitted by Mr. Mukesh Mehta for the redevelopment of Dharavi.

The story of human settlements of this kind of organic development is generally very interesting as it’s the outcome of the fight against survival in this accelerated phase of urbanisation. There have been various reforms, policies and acts to address this urban issue but they all generally deals with the removal of them which isn’t just a process of giving branded clothes to the poor, but a process in the shift in culture, economy and social behaviour. Mumbai was the one of first city to get its municipal corporation in India in 1890’s. It has been more than a century now and the problem doesn’t seem better. It may be the negative attitude of the authority and the planners to wake up when the issue becomes far more difficult to curb.

There are two aspects of the slum formation and its redevelopment. There is yet a long journey to be made in the process of urbanization especially by the developing nations (Central Republic of Africa has only around 5% of its population living in urban centres). Now, firstly, there will be a lot more cities to be developed in the coming decades and if they aren’t planned learning from the earlier mistakes – there will be a situation when the developing world will found itself engaged in curbing the urban issues and problems rather than focusing on the national/state development. Therefore, it’s pretty important to focus on unwelcoming any slum situation in the cities which are under the pipeline of development – and it could be managed at the planning level if its scope of study is widen among different disciplines. Secondly, the redevelopment kind of things also leaves a bad impression on the minds of future migrants and they also focus to grab a piece of land in less-serviced areas may be with an illegal possession because they have been guided by the previous cases of redevelopment processes after a period of time following the existence of these areas.

In a period where concerns for social equity is far more discussed, the authorities and the other departments would have to focus on city planning based on their structural and transitional behaviour, human behaviour and his basic living values and most importantly, the predictions are to be made looking in the wider aspects. The possibilities of rising slums should be foreseen at the time of initialising the master planning in a specific area – we may only redevelop those which are built with so much of human effort, but we have to curb the frequency of slum occurrence to build a sustainable future of the human settlements.


Image from The Times, Tampabay and Wordpress
Posted by Jepranshu Aganivanshi at 19:15