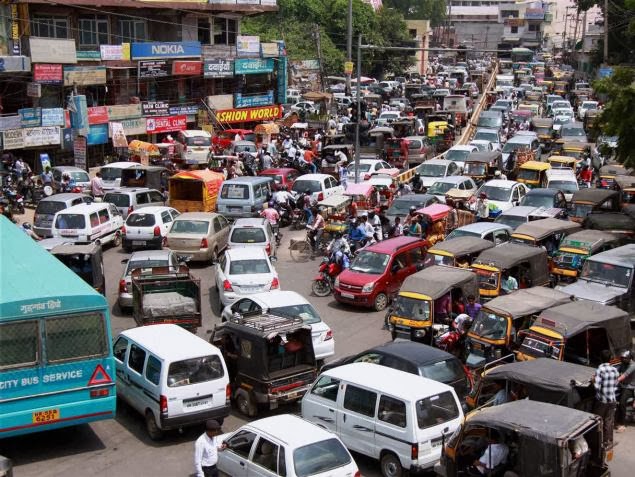 Urban planning process or the plan is not a neutral tool; it reflects the aspirations and is an expression of the desired model of urban organization.

A holistic ‘urban policy’ necessitates a shift from current practice to include tools for correct identification and evaluation of social and urban needs at both the macro and micro-level.


Planning as a tool should be a much more significant process than it generally receives in the contemporary planning activities of the nation or state. It can effectively regulate the urban form, its structure, productivity of the inhabitants, economic well-being, social well being, environment well-being and others which will eventually guide the state on the paths of development based on the living human values.

Foreign Models aren't directly Transferrable
It is a common observation that the plan documents of large cities neither reflect a vision, nor do they provide guidance for the future. Planning documents are usually based on general principles, more or less common to all the cities, essentially made up of rigid regulations. These documents often ignore the context specific realities of each urban area and are not capable of responding to their specific urban needs or anticipated urban trends. Each town has its own specificity or constraints determined by history, geography, and economy. Planning strategies should focus on issues peculiar to each town by raising important but simple questions such as the identification of main constraints and the kind of development that is envisaged to overcome the constraint in the next ten years. In what conditions can the urban areas and institutions meet the future economic challenges? The type of transportation systems that are to be set up and finally even what kind of planning process are to be adopted.


Within the plan methodology, the number of players involved is far too many. The players have roles in different stages of the life cycle of infrastructure provision include feasibilities, planning and implementation. Hence diverse planned projects with varied priorities are conceptualized and implemented independently, during the master plan preparation or immediately thereafter. This forces the master plan to necessarily integrate them. Various projects supported by funding agencies and institutions are largely operating under the premise that infrastructure projects must address project technicalities and be viable. While the isolated projects may meet the criteria, the combined external benefits are rarely assessed or measured. In many cases poor utilization of the infrastructure or damage to the environment can be attributed to such isolated efforts


Consensus across institutions is weak and hence the acceptance of a plan with final commitments from all involved parties is rare. This is particularly true in case of large cities where jurisdictions and departments are large in number. For instance, the cantonment and operational areas of defence establishments, which occupy prime locations in the city, can hardly ever be integrated into the planning system. Service delivery is also adversely affected by fragmented institutional arrangements as is documented by research of land use in Ludhiana.

A McKinsey study predicts that deficiencies in per capita water supply, sewage treatment and solid waste management, affordable housing and public transport will widen. While India’s cities continue to generate growth, says the McKinsey report, they fall short of delivering a basic standard of living to their residents across all major quality-of-life indicators. The critical lesson for India from China’s urban experience lies in re-shaping and strengthening municipal governments in order to meet development objectives. Given their powerful States and lack of democracy, Singapore and Shanghai may not be appropriate models for Indian cities, but cities like Gurgaon is a potent warning. Market forces and private wealth, Gurgaon shows, in the absence of an effective state, have failed to create a liveable city.

The above discussed things play a significant and crucial role in the overall developmental process with special reference to the second most populous nation of the World i.e. India. The country has experienced a tremendous rate of development since its independence, but it would have been more of a worth developmental story to listen if these issues would have been sorted out at an initial stage.


The urban spaces of the country are generally planned based on previously adopted models which haven’t fit themselves in one of the most diverse nations of the world. The other factor discussed above of the multiple jurisdictions has hit the process very badly and in spite of the 74th Constitution Amendment Act, the positive signs relating the issue are still foreseen. The process of the urbanization is at a rapid pace and much advancement which is being made in the current times will have their significant impact on the cities of the future.

Image by Hindu Business Line
Posted by Jepranshu Aganivanshi at 01:05